What unites the U.S. like nothing else? Seasonal allergies! Here’s a coast-to-coast guide to what keeps us sneezing, wheezing, and seeking relief.

Whether or not we think our nation seems politically and culturally divided these days, all Americans can rally around the wise words of Benjamin Franklin:

“In this world, nothing can be said to be certain, except death, taxes—and seasonal allergies.”

All right, maybe those weren’t Ben’s exact words. But it’s a self-evident truth that our great land, with its varied climes and dazzling diversity of flora, is host to a wide—and wicked—range of allergens!

No matter how we vote, what we read and watch, or where we live, we’re all exposed to numerous trees, grasses, and weeds that put out pollen: fine, powdery microspores essential to their reproduction. And while it would be nice to tell these flowering growths to get a room, 20% of the U.S. population—about 50 million of us—end up seeking seasonal allergy relief.

Ready for a region-by-region breakdown? Grab some hankies and antihistamines, and let’s go!


From Pennsylvania (our stomping grounds) to Maine, trees can start pollinating as early as February or March because spring, for the past two decades, has been creeping increasingly earlier in the calendar. Elm, hazelnut, maple, poplar, hackberry, and red cedar trees give allergy sufferers the most grief, especially if the previous year saw robust rainfall.

Once summer starts in May and June, Northeasterners with allergies are also coping with pollens from grasses—all grasses, though Bermuda, orchard, and redtop are particularly potent. Since so many favorite summer activities take place on grassy surfaces—picnics on the lawn, afternoon rounds of golf—sensitized individuals might want to plan other pastimes.

As we round the bend into autumn, from mid-August well into October, weeds take their turn. English plantain (the most pollen-producing of all plantains), lamb’s quarter, and cocklebur cause problems, as does ragweed. “Ragweed” is really a catchall term covering over three dozen different plants, but they all seem to have it in for the seasonal allergy sufferer! The Asthma and Allergy Foundation of America reports, “Common ragweeds only live for one season, but each plant alone produces up to one billion pollen grains.” 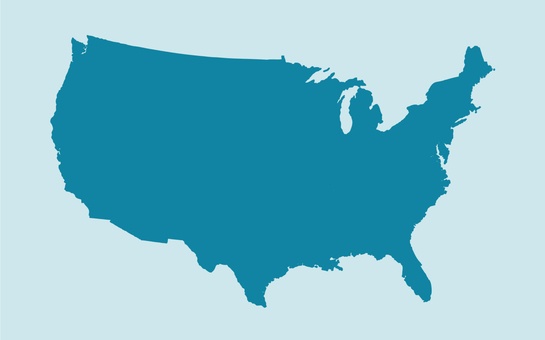 So many beautiful trees grace the American South—oak, pecan, cedar, hickory, birch. Unfortunately, those trees cause discomfort for allergy sufferers from Oklahoma, Texas, and the Gulf Coast states clear up to the Carolinas and Virginia from February through May. And the South’s generally warm, wet winters don’t make spring any easier!

According to Dr. Russell Leftwich, an allergist in Nashville, “Grasses can be a problem in the South year round.” As elsewhere, a person allergic to one grass is likely allergic to all of them, but rye, fescue, and Kentucky’s famous bluegrass are common triggers.

Weed pollens assault Southern allergy sufferers from early summer (June and July) until the first frost or freeze hits. The worst offenders? In the Southeast, nettle in rich roadside soil and wooded areas; in the Southwest, potent chenopods (another generic term, encompassing plants like amaranth, pigweed, waterhemp, and Russian thistle whose pollen grains even trained experts find tricky to tell apart) and the ever-“popular” ragweed.

In America’s heartland, trees pollinate from March to June. The most common tree allergies include the usual suspects—birch, elder, elm, oak, hickory—but also Juniper and alder trees. The alder tree is an especially prolific pollinator, capable of producing 7.2 billion grains in one year. That’s seven times an oak tree’s output!

The Great Plains aren’t so great when it comes to pollen-producing grasses. We’ve seen some names on this list before, too: Bermuda, fescue, rye, orchard. But don’t forget Timothy grass, a leading summertime cause of hay fever, asthma, and allergic conjunctivitis in temperate climates. And Midwestern grasses don’t even have the decency to wait until tree pollens have run their course; grass pollen season starts in May and persists into August.

Ragweed, that all-American allergen, brings misery to Midwesterners, too, as do lamb’s quarter, Russian thistle, and pigweed. In fact, pigweed threatens not only people with allergies but also farming—it’s pervasive, and stubbornly flourishes despite pesticides. Midwestern weed season starts in August, and, unfortunately, has grown longer over the past decade by 15-25 days.

In the western states, trees pollinate from February to June. People often think pine trees are seasonal allergy sufferers’ nemesis as young (and old) men and women go west, especially to California. But Dr. Richard Hornsinger, a Los Alamos, New Mexico allergist, told The Weather Channel pine gets a bad rap. “People always think pine pollen causes problems because they see it,” he explains. In truth, oak and walnut trees cause far more problems for the Golden State. Ash and cedar bother folk with allergies in Arizona and New Mexico, while those in the Northwest try to steer clear of alder and birch pollen.

Grass pollen season overlaps with tree season in the West, too, starting as early as March; however, it hits its height in May and June. The pollen from orchard and fescue grasses are common seasonal allergic triggers, as is that from Western Wheat grass.

Although the West has its weed season, too (and it can be long, running from April to November), many allergy sufferers don’t have to worry much about one weed that afflicts their fellow citizens: ragweed. It’s found in New Mexico and Arizona, but keeps a low profile in northern California and the Northwest—meaning those who are allergic to it can find a natural Rocky Mountain high by heading west!

Allergy Relief: A Workplace Wellness Goal in Any Season!

Of course, you can’t find lasting seasonal allergy relief by rambling around the country, forever striving to stay one step ahead of pollens that cause you problems. But managing exposure to allergens and treating allergic symptoms effectively can be important parts of a comprehensive wellness program for your organization’s staff.

Wellworks For You can help your employees collect data regarding allergies and import that information into your customized, interactive corporate Wellness Portal. By staying on top of potential allergy triggers as the seasons come and go, your team members can spend less time feeling miserable and more time feeling great (and productive) while on the job.

Learn more about programs for encouraging wellness in the workplace by calling 1-800-425-4657 or contacting us online today!

Five Important Facts You Should Know About Summer Health and Safety